This focused issue on “Mediastinal Sarcomas” is edited by Saul Suster and David Ilan Suster.

Dr. Suster has published more than 400 peer-review articles, 40 book chapters, and 6 books. His work has centered mainly in the field of thoracic pathology, particularly oncologic surgical pathology of the mediastinum, lung, and pleura. He has also contributed to the literature in the areas of skin tumors, soft tissue neoplasms, thyroid pathology and others. He has been a regular invited speaker at all major national and international pathology meetings and has served as faculty for the College of American Pathologists, American Society of Clinical Pathologists, United States and Canadian Academy of Pathology and other national and international organizations. He serves in 9 editorial boards and is co-Editor-in-Chief of the Annals of Diagnostic Pathology.

Disclosure:
The series “Mediastinal Sarcomas” was commissioned by the editorial office, Mediastinum without any sponsorship or funding. Saul Suster and David Ilan Suster are serving as the unpaid Guest Editors for the series. 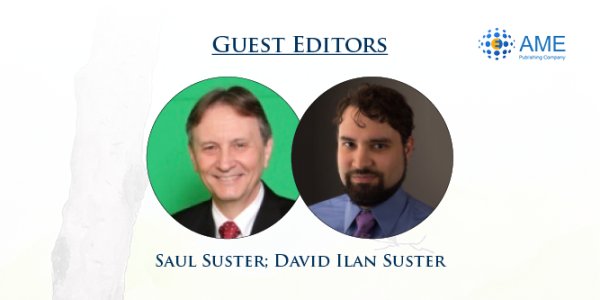