Extragonadal germ cell tumors are uncommon, were first described by Woolner in 1955 (1) and represent between 1–10% of all mediastinal tumors (1-3). It presents similar characteristics to those of gonadal location with regard to histology, tumor markers, and genetic abnormalities; but also presents differences in terms of clinical presentation, behavior and prognosis, which is poor even with treatment (2-5). For this reason, they are studied as a separate entity, although due to the few series reported, there is still no consensus on the therapeutic strategy (4). Mediastinal germ cell tumors are more frequent in young men, with an age range from 15 to 35 years old (6), they are usually asymptomatic and are incidentally diagnosed, due to their slow growth (1,6,7). The tumor marker levels of AFP (alpha fetus protein) and B-GCH (beta of human chorionic gonadotropin) are usually elevated in 80% of cases (4) and this finding, in the presence of a large mediastinal mass, can guide treatment, even without histological diagnosis (5). They are classified into two large groups: non-seminomatous (90% five-year survival) and seminomatous (five-year survival of 49%) (2-5). The role of surgery after neoadjuvant chemotherapy is a matter of debate, although some reports have shown that it improves the prognosis (2). Multimodal treatment includes platinum-based chemotherapy, followed by surgery, and then adjuvant chemo or radiotherapy (1,2,8).

The Aim of this study was to describe surgical and clinical characteristics, the evolution of these patients, analyze the histology, the survival of the tumors and the behavior to contribute to the international literature about this rare entity.

We present the following article in accordance with the STROBE reporting checklist (available at http://dx.doi.org/10.21037/med-20-55).

Retrospective and descriptive cohort study on 16 patients with diagnosis of mediastinal germ cells tumor surgically treated at Maria Ferrer Respiratory Rehabilitation Hospital and Alexander Fleming Specialized Medical Institute, from June 30, 2009 to June 30, 2019. All patients operated for mediastinal germ cells tumor in the referred period were selected for this study. All patient data was collected retrospectively from medical records. This work was retrospective, based on data from the patients’ medical records, therefore it exempts from the declaration of ethics and informed consents. All procedures performed in this study were in accordance with the Declaration of Helsinki (as revised in 2013).

The comparison of continuous variables was performed with t test or the Wilcoxon test according to its distribution, and categorical variables with Chi2 test or Fisher’s exact test. A value of P<0.05 was considered statistically significant.

Nine men and seven women were analyzed over a period of ten years. The median age at diagnosis was significantly lower among men (22 vs. 38 years, P<0.01). The most common initial symptom was pain in 43.75% and chest tomography was the diagnostic method in 13 patients (81.25%), followed by chest X-ray in 3 (9.75%). Tumor marker levels were raised in 7 patients (43.75%), and decreased to normal values after the surgical procedure. The characteristics of the population are summarized in Table 1. The most common diagnosis was mature teratoma in seven women and five men. The rest were yolk sac tumor, seminoma and mixed tumor. No statistically significant differences were found in the histological distribution by gender (P=0.336) (Figure 1). Four patients had a gonadal tumor with diagnosis of the mediastinal mass a mature teratoma in 3 cases and a mixed tumor in one case. It was not possible to retrieve information about the histology of the gonadal tumor and therefore it was impossible demonstrate if the mediastinal mass was a primary or metastatic lesion. The median tumor size was 9.50 cm (range, 2.50 to 16 cm). The most frequent surgical approach was sternotomy in 7 patients (43.75%). No woman in the series received treatment before or after surgery, while 88.9% of men received neoadjuvant treatment for presenting tumors with invasion or intimate contact of neighboring structures (P=0.001). In the subgroup of teratomas, all male patients rose tumor marker levels and required neoadjuvant treatment BEP, VIP or Platinum based. Chemotherapy treatment was indicated in 33.30% of the male population due to relapse in the subsequent months. The most widely chosen chemotherapy was BEP (Bleomycin, etoposide, Platinum based), followed by VIP (vinblastine, ifosfamide, etoposide). The median follow-up was 36 months (range, 1–95 months). No statistically significant differences were observed in the median follow-up (P=0.95), the percentage of relapses (P=0.091) and the overall survival by gender (P=0.335). Three patients relapsed (18.75%), of which 1 did not survive, and 3 were lost to follow-up. The deceased patient was the only seminoma in this series. Overall survival was 75%. Most patients, even with relapses remain alive at the end of the study Table 2. 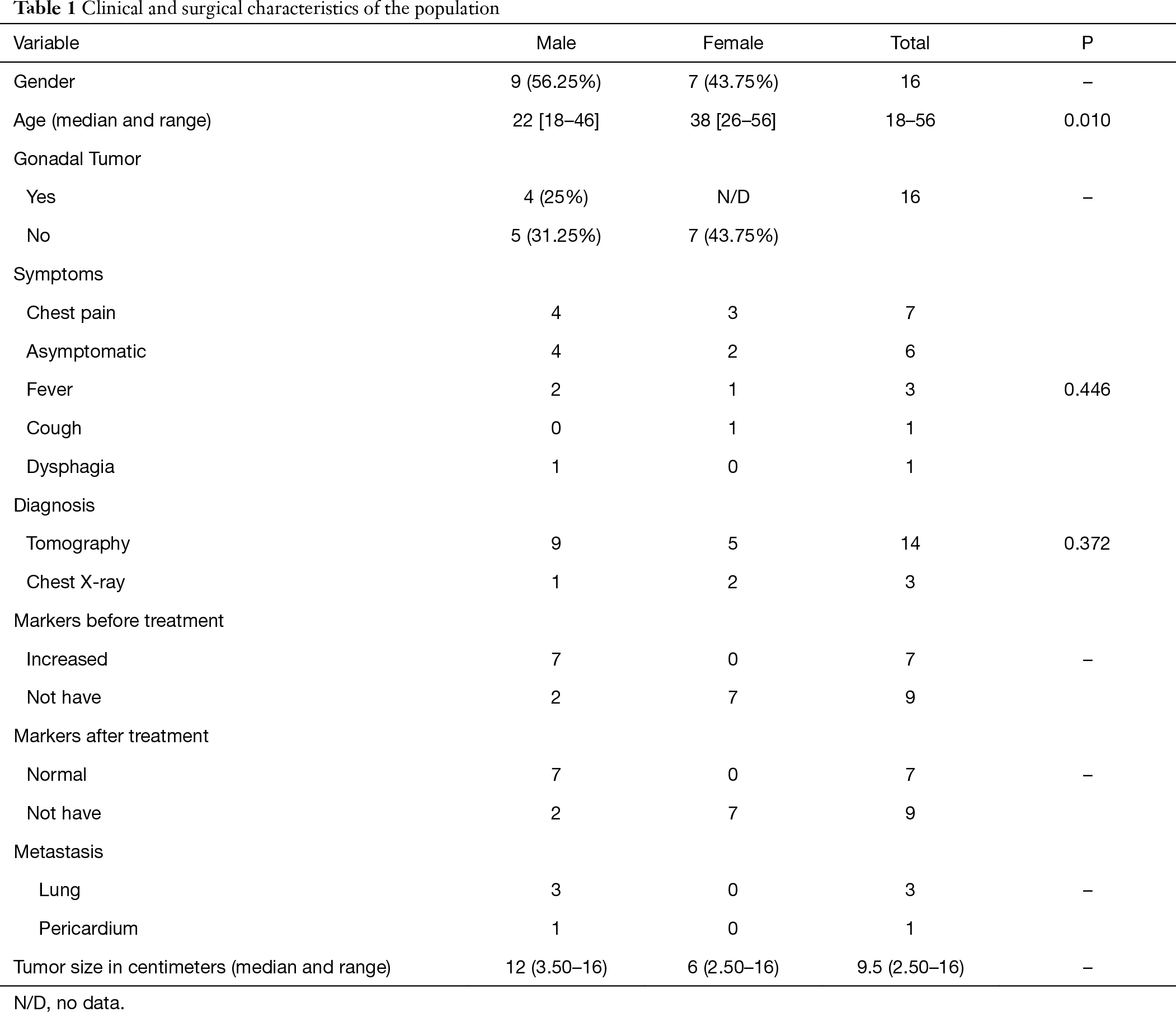 Table 1 Clinical and surgical characteristics of the population
Full table 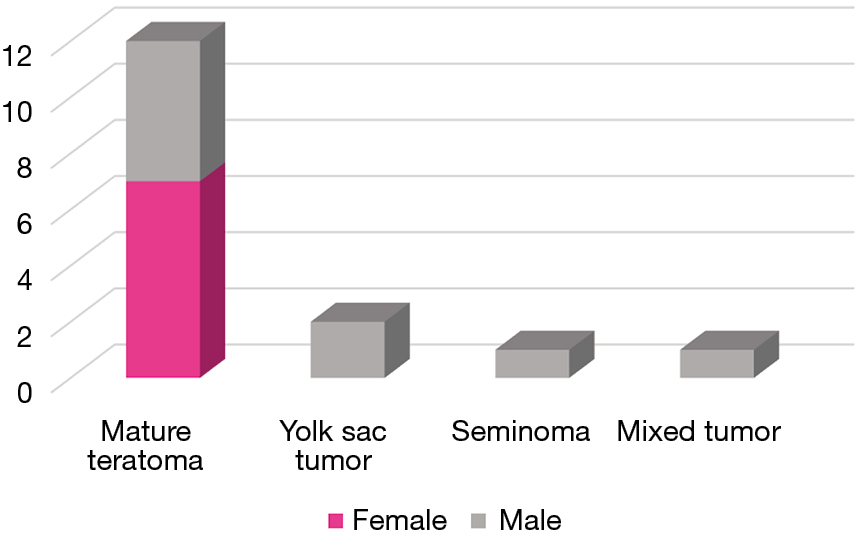 Figure 1 Histological distribution according to sex. 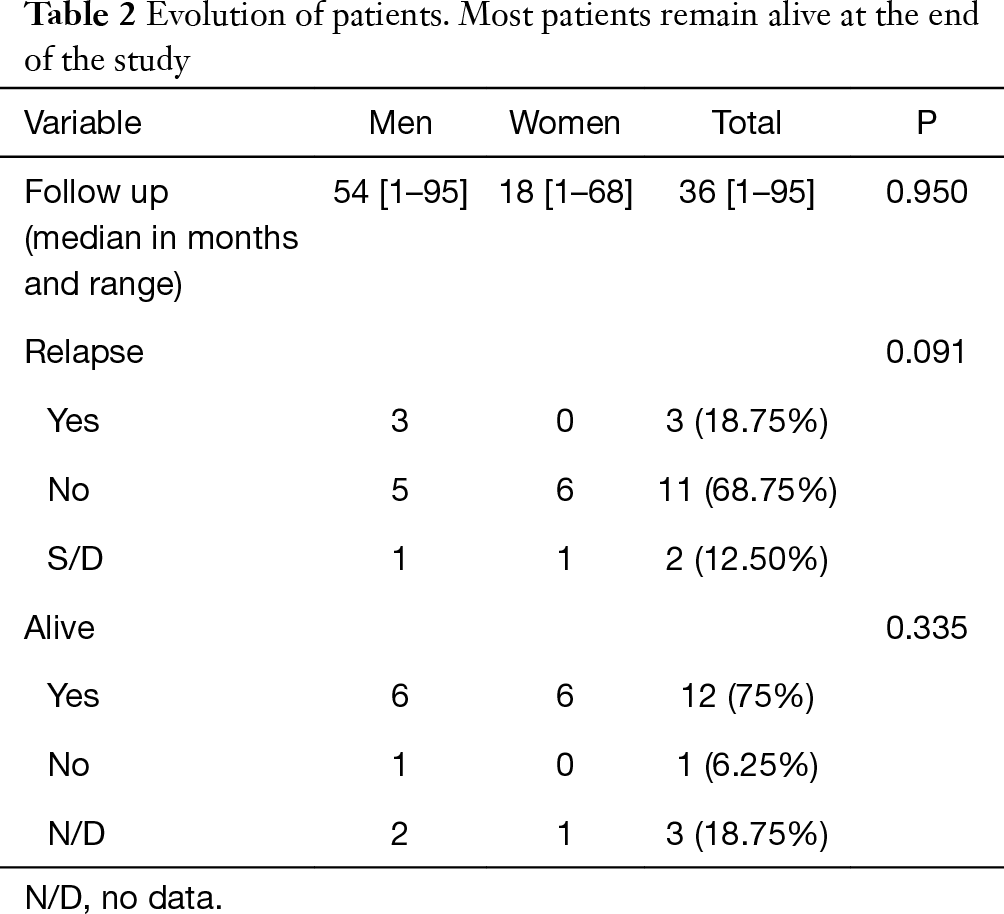 Table 2 Evolution of patients. Most patients remain alive at the end of the study
Full table

Mediastinal germ cell tumors are frequent in young men and there are few publications in women (1,2,6). In our series, however, we observed an unusually high percentage of female patients (43.75%). It is rare the presence of a synchronous gonadal tumor, however in our experience 4 patients (25%) presented an associated gonadal tumor. It has been shown that mediastinal germ tumors have a worse prognosis than the gonadal and that the rest of extragonadal germ tumors (2). In reported cases, the most frequent tumors were teratomas (43%), followed by seminomatous (37%), nonseminomatous (16%) and mixed tumors (4%) (2,5,7). However in our series, non-seminomatous tumors (12.50%) were the second most frequent germinal tumor, followed by seminomas (6.25%) and mixed tumors (6.25%). The initial symptoms are usually pain, cough, dyspnea, cervical lymphadenopathy or superior vena cava syndrome (1,2,5). Napieralska et al. analyzed a series of 16 patients with diagnostic of mediastinal germ cell tumor and described the symptoms, behavior of tumor markers, diagnostic method used, tumor size and the type of surgery performed. The most common symptoms were pain (44%), dyspnea (38%) and cough (38%); 38% of the patients raised tumor markers and the diagnosis was made by chest TC in 14 of the 16 cases. Like Napieralska, in our experience, the most frequent symptom was pain in 43.75% of cases, however, a high number of patients were asymptomatic at the time of diagnosis (37.50%); 43.75% raised tumor markers, which normalized after surgery, and in 13 cases the diagnosis was made by chest TC. We registered a higher percentage of patients with elevated tumor markers 43.75% in relation to most of the published works. The range of tumor size in our experience was 2.5 to 16 cm and the most widely surgical approach was sternotomy in accordance with the data published (1,5,8).

Despite that the describing results belong to a short period of time, ours were similar to those of the international series (1,2,5,8,9). Multimodal treatment has been shown to be a choice, improving prognosis and overall disease-free survival (1,4,5,9). Ting et al. compared different types of treatments, and recommend combining at least two therapies: neoadjuvant chemotherapy followed by surgery or radiotherapy (6). In our case, neoadjuvant therapy was performed when the tumor appeared to invade or compress important nearby structures, such as great vessels. Half of our patients underwent neoadjuvant treatment, followed by surgery, and 18.75% required postoperative treatment, all male. Tanaka et al. performed an analysis on 6 patients and showed better results in those cases that received drug combination treatment (2). The most used treatment is BEP, based on Bleomycin, platinum and etoposide. Some authors have reported lung adverse effects associated with Bleomycin. A study of 158 patients carried out at the University College of Medicine in Indiana, with patients who received chemotherapy and surgery, reported 19 respiratory complications associated with previous Bleomycin treatment, 9 had a fatal outcome (8). Despite this, in our series the most widely used therapy was BEP without evidence of adverse effects Table 3. Regarding radiotherapy, it has been shown to be safe after surgery, and there even are reports of SBRT with good results as the sole treatment (2,11,12). Autologous bone marrow transplantation has been described with good results in some series (12). One of our patients, the only deceased, received an autologous bone marrow transplant within the treatment scheme. The survival and therapeutic response of the second and third line regimens are discouraging. For this reason, new targeted therapies and prospective studies are required to treat these patients (5).

Rosti et al., in your recent review concluded that prospective studies are required, with an international database, since for the moment they should be treated like the rest of germ cell tumors due to the scarce knowledge of this pathology (13).

In this work we highlight as an interesting point, the good evolution of female patients only with surgery compared with men, they did not require treatment before or after surgery. We believe that this may be useful to learn more about this entity.

Mediastinal Germinal tumors are less a frequent but high malignant entity, and due to this there are few published works. In our series, these types of tumors were predominantly primary and not seminomatous. Multimodal treatment, which includes chemotherapy followed by surgery, was a useful tool to improve the chances of resection and overall survival, which in our case series was high, even in relapsed patients. There was a high percentage of women in our study, greater than in the published literature, all of them with diagnosis of teratoma, and surgery was the only necessary treatment. However, as it is a rare disease, prospective and perhaps multicenter studies are required to with a greater number of patients.

Reporting Checklist: The authors have completed the STROBE reporting checklist. Available at http://dx.doi.org/10.21037/med-20-55

Conflicts of Interest: All authors have completed the ICMJE uniform disclosure form (available at http://dx.doi.org/10.21037/med-20-55). The authors have no conflicts of interest to declare.

Ethical Statement: The authors are accountable for all aspects of the work in ensuring that questions related to the accuracy or integrity of any part of the work are appropriately investigated and resolved. This work was retrospective, based on data from the patients’ medical records, therefore it exempts from the declaration of ethics and informed consents. All procedures performed in this study were in accordance with the Declaration of Helsinki (as revised in 2013).